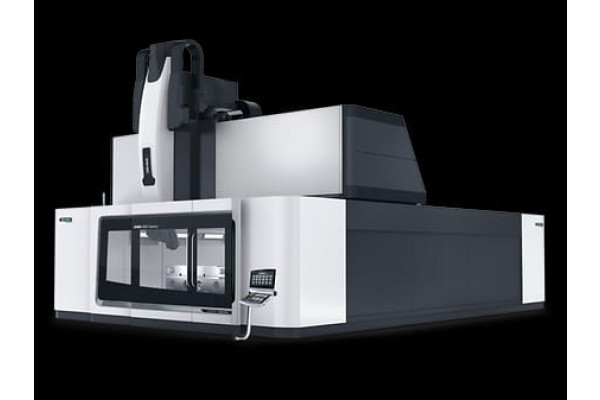 The Arab Organization for Industrialization, headed by Lieutenant-General Abdel Moneim Al-Terras, managed to bring in the first machine in the Middle East and the eighth in the world, which works with a fully digital control system to manufacture railway and subway cars with the latest global technology on the land of Egypt, in cooperation with the company «DMG More» » Global German.

President Abdel Fattah El-Sisi, President of the Republic, had met with the “Terrace Team” and a delegation of German International Company officials to discuss cooperation with it in providing modern machines for projects to deepen local industrialization in the country.

The cooperation between the two sides is scheduled to include the establishment of a factory for the production of CNC machines with basic numerical control for the inputs of modern industries locally within a year and a half.

The machine operates and forms metals, which is the largest and most modern machine in the world of its kind, which operates with a fully digital control system, which was provided by “Arab Industrialization” in cooperation with the German company, in implementation of the directives of President Abdel Fattah El-Sisi, President of the Republic, to pay attention to industry, transfer and localization of industrial technology modern railways.

President Abdel-Fattah El-Sisi assigned Lieutenant-General Abdel-Moneim Al-Terras earlier, the work of “Arab Industrialization” to develop and modernize the production lines of the “SIMAF” railway missions factory, affiliated to the “National Authority”, with the latest machinery and equipment to keep pace with the latest international factories in this regard.

Today, the modern machine arrived at Alexandria port. The 150-ton machine will be transported by 22 heavy tankers, to be installed by German experts for a full 72 days.

It is scheduled that the engineers of the " SIMAF " plant will undergo training by the experts of the German company "DMG More" on how to operate and operate the machine.

According to the reports of the German international company; The machine, which bears the name “DMU 600 GANTRY”, works on the manufacture of large-sized parts with the highest levels of accuracy and speed in production, and the machine is considered a “technological breakthrough”.

The rare machine is also characterized by a large digital operating area, which reaches up to 18 meters in length.