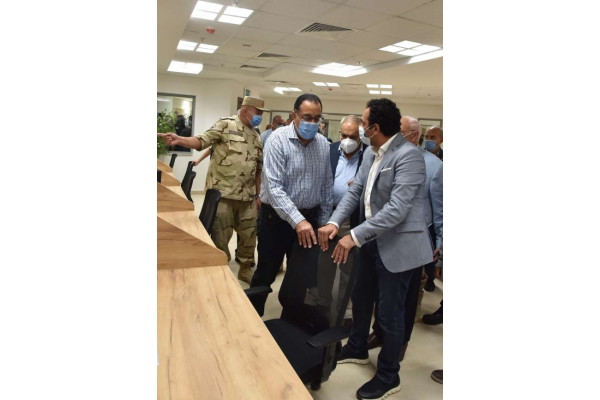 Lieutenant General Abdel Moneim El-Terras, Chairman of the Board of Directors of the Arab Organization for Industrialization, explained to Dr. Mustafa Madbouly, Prime Minister, during his inspection tour of the projects of the new administrative capital today, the stages and the position of furnishing the headquarters in the government district.
During his presentation to the prime minister, Al-Terras said that the Authority carries out the furnishing works in cooperation with a consortium of national private sector companies, indicating that 20 national companies have participated in the project, which will provide about 100,000 job opportunities.
The head of the Arab Manufacturing Company stated that the furnishing is witnessing the observance of modern systems in management, as the director’s office is around it work cells, and these cells are equipped in line with the various work functions, and keep pace with the constant development.
The Prime Minister toured a number of Ministry of Finance offices, to inspect the employee room models, in various administrative and functional divisions that take into account government work methods, which will be circulated in all ministries, taking into account their specificities.