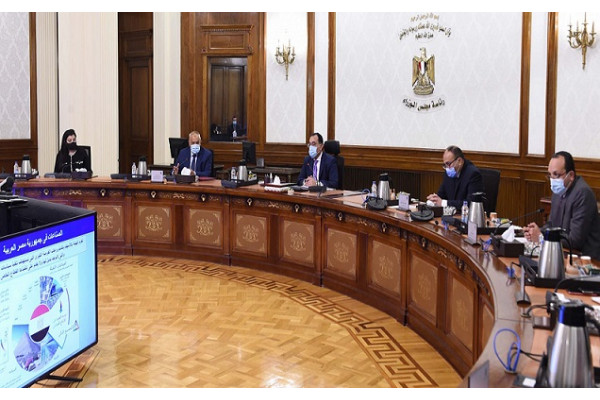 Dr. Mostafa Madbouly, Prime Minister, met with Lieutenant General Abdel Moneim El-Terra ,   Chairman of the Arab Organization for Industrialization. To carry out the authority’s plan to implement the agreement for the manufacture and supply of 1000 cargo vehicles, which was signed today with the National Authority for Egyptian Railways, as part of the state’s plan to maximize the local product in the field of railway car industry.

The Prime Minister stressed the importance of proceeding with the implementation of this agreement according to the specified timetable, which represents an important step towards the localization of the transportation industry in Egypt.

During the meeting, Lieutenant General Abdel Moneim Al-Terras presented part of the efforts of the Arab Organization for Industrialization to achieve the goals of industrial development, through the localization of feeding industries and production requirements, and increasing the technical and production capabilities, in a way that reduces the import gap and deepens the local product.

He also presented a vision for the authority to enter into new fields that serve the feeding industries, through partnerships with leading international bodies in these fields, out of a vision aimed at localizing these industries, and linking them with promising opportunities for the exchange of knowledge and manufacturing technology and transferring them to Egyptian cadres, with training and raising the technical capabilities and skills of engineers and technicians. The Egyptians.

For his part, the Prime Minister appreciated the vital role played by the Arab Organization for Industrialization in supporting the national industry and contributing to the implementation of major national projects with local products and national manpower, stressing that the state supports these efforts and plans.