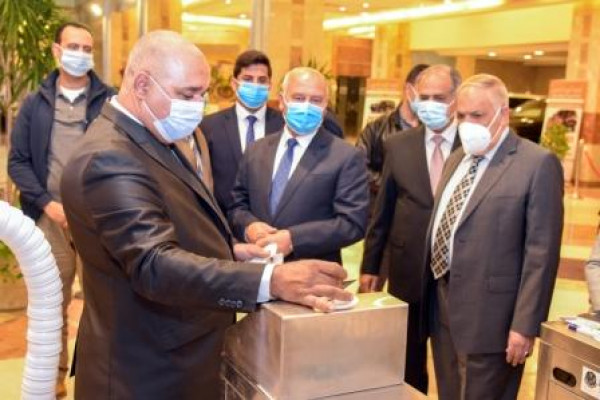 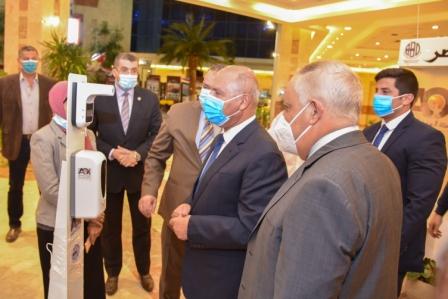 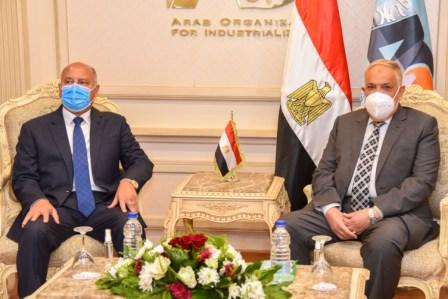 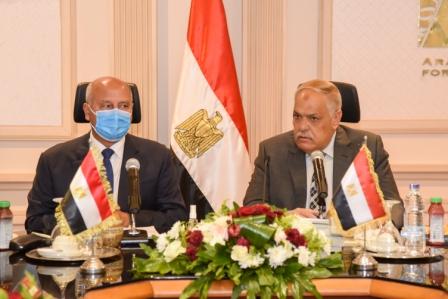 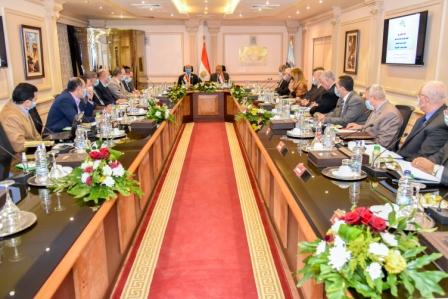 Lieutenant General, engineer "Kamel al-Wazir", Minister of Transport, met with Lieutenant General "Abdel Moneim El-Terras", Chairman of the Arab Organization for Industrialization, to follow up the executive position of a number of joint projects being implemented in the field of mobile units.

This meeting comes within the framework of implementing the directives of President "Abdel-Fattah El-Sisi," the President of the Republic, to deepen and localize local manufacturing in the various transportation fields.

In this regard, the "minister" stressed the need to complete this project to contribute to improving the service provided to passengers, pointing out that the ministry is moving in the field of passenger cars in two parallel directions, the first is to buy new cars and trains and the second is to develop and improve the current fleet.

During the meeting, the "minister" stressed the necessity of completing all technical and financial evaluation procedures for the new Sleep Trains deal, especially with the need for the Railways Authority to consolidate its fleet of these trains to provide the best service to the passengers, pointing to the importance of working on the localization of the transport industry in Egypt for this. The quality of trains through cooperation between the Arab Organization for Industrialization, represented by the SEMAF factory, and the major international companies specialized in this field.

The minister affirmed the great interest that the political leadership attaches to developing the transportation system in Egypt and supporting this vital sector, which had a positive impact on the progress of Egypt's classification in various transportation fields according to the International Competitiveness Index, praising the political leadership’s keenness on the need to localize the transport industry in Egypt to support the railway system Al Hadidiya, because of its positive impact on the Egyptian economy,

He also referred to the observance of the highest international technical specifications and the latest types of technology, which contribute to the development of the railway system and improve the service provided to passengers.

In this context, the "minister" and "the terrace" stressed the necessity of commitment to delivering electric power generating vehicles (100 vehicles) according to the specified schedule and the speed of starting the manufacture and supply of 75 grain transport vehicles and the completion of the procedures for starting the manufacture and supply of 160 tipper trucks, in order to interest The Ministry is working to increase the transported freight through the railways, to reduce the burden on the roads, and increase the financial returns of the Railways Authority.

For his part, Lieutenant General Abdel Moneim El-Terras confirmed the implementation of the directives of President Abdel Fattah El-Sisi to continue the ongoing efforts to deepen and increase local manufacturing and localize the transport industry in Egypt in cooperation with major international companies, referring to the observance of the highest technical specifications and modern technologies in manufacturing, thus contributing to development Comprehensive railway and subway system and improving the service provided to citizens.

He explained that the Arab Organization for Industrialization puts all its manufacturing capabilities to meet the increasing demand from the needs of the Ministry of Transport, pointing to the great potential of the Arab Organization for Industrialization and the great experience in implementing vehicles and the requirements of the Railways Authority and the National Metro Authority in a distinguished technical way.

The "Terrace" also confirmed that the plan to develop the Semaph plant is done with the help of major international companies, according to a vision that seeks to cover all the demands of the Ministry of Transport from various railway cars, subways, and exit to foreign markets, especially in Africa and the Arab region, explaining that we aim to increase the production rates of the factory. From 300 vehicles to a thousand different vehicles annually, developing the research and design sector, raising the level of technical personnel and training them externally and internally in cooperation with specialized international expertise, and qualifying the factory to obtain the international accreditation IRS

He added that with the completion of the development processes taking place in the Simaf factory, Egypt will have a factory at the highest level, comparable to the best international factories, with a financial cost of one billion and 200 million pounds and the development work is expected to be completed in the first half of 2021, indicating that the morale of workers The factory is very high-end and they are filled with enthusiasm to multiply the work, increase production and improve the final product.