The Arab Organization for Industrialization receives the American ambassador

The Arab Organization for Industrialization receives the American ambassador 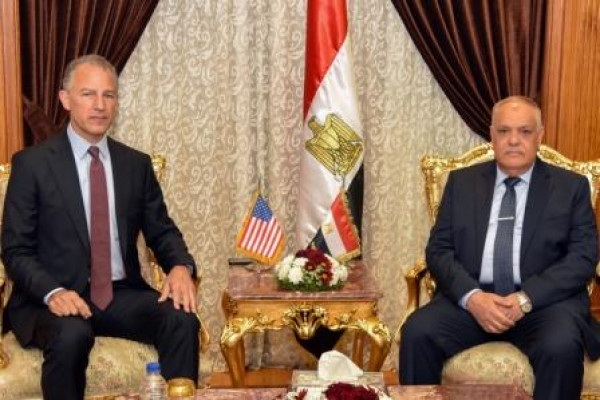 The meeting witnessed discussing mechanisms to enhance joint cooperation with American companies and exchange visits to learn about the capabilities and needs in various fields of industry.

Jonathan Cohen praised the efforts led by President Abdel Fattah El-Sisi in all areas of development and the scale of national achievements and projects currently witnessed in Egypt, stressing that the relations are distinguished between the two sides.

"Cohen" expressed his country's aspiration to open new horizons for investment and enhance cooperation and joint manufacturing, praising the industrial and technical capabilities of the Arab Organization for Industrialization and the richness and diversity of its products and what it has of human cadres trained at a high level of efficiency in addition to its accuracy and efficiency in implementing projects that support To it and deliver it at the appointed times.

For his part, "The Terrace" stressed the importance of deepening cooperation and benefiting from modern technology and exchanging experiences with the friendly "United States of America", stressing the directives of President "Abdel Fattah Al-Sisi" to the authority to expand the horizons of partnerships and cooperation with major international companies in implementing development projects according to the latest systems The fourth industrial revolution and increasing investment opportunities in Egypt.

He added that the Arab Organization for Industrialization is looking to enhance cooperation in the industrial field in order to benefit from advanced American technology and industrial capabilities available in the authority to maximize the proportions of the local component and increase the added value in the local industry, in addition to increasing competitive opportunities to market joint production for Arab manufacturing and American companies in the Egyptian and Arab market And African countries, as well as the possibility of exporting these products to African countries by benefiting from trade agreements and free trade areas such as "COMESA" in order to meet the needs of African markets.

In a related context, "The Terrace" indicated that there has been cooperation for many years between the Arab Organization for Industrialization and major American companies in many areas of industry.

He also mentioned that joint cooperation was discussed to produce railway carriages and tractors according to international quality standards.