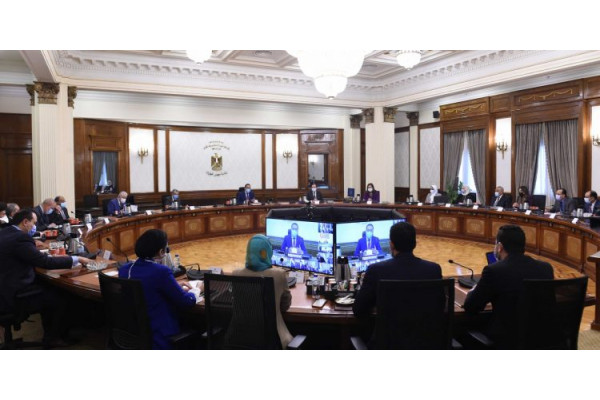 Dr. Mostafa Madbouly, Prime Minister, continued the successive meetings to follow up on the latest developments in the executive position of the national project for developing and developing Egyptian villages within the presidential initiative "A Decent Life".

At the outset of the meeting, the Prime Minister indicated that periodic meetings would be held; With the aim of continuous follow-up of the implementation measures that have been taken in the national project to develop, develop and raise the efficiency of Egyptian villages, as part of the President's initiative "A Decent Life", pointing in this regard to the field tour carried out by the follow-up committee of this project To monitor the required interventions in the targeted villages, in an attempt to check the situation on the ground in terms of the actual needs and requirements of citizens.

Engineer Randa Al-Minshawi, First Assistant to the Prime Minister, commented, explaining that the recent tour of the village of "Al-Qalamina", affiliated to the Waqf Center in Qena Governorate, included preparing a vision for the proposed interventions, and reviewing the projects planned to be implemented in the center's villages in the sectors: health, youth and sports. , Drinking water, sanitation, transportation, electricity, veterinary medicine, and natural gas projects.

Engineer Randa Al-Minshawi also reviewed the proposed vision for implementing the required interventions in the villages of the Waqf Center in Qena, which is based on three axes, as she indicated that with regard to the first axis, "decent housing", two proposed models are currently being prepared for the implementation of people's homes according to the requirements and nature of the villages and their needs, while The second axis of interventions is represented in paving roads in order to use asphalt or concrete slabs in the main roads and entrances to villages, or using installed soil in the case of internal roads less than 4 m, while the third axis focuses on health services through the establishment of health units required to implement the comprehensive health insurance system in the future.

The First Assistant Prime Minister revealed that all projects that were monitored at the Endowment Center are being reviewed by South Valley University, in coordination with the concerned authorities to prepare detailed plans in preparation for the start of implementation.

For his part, Major General Mahmoud Shaarawi, Minister of Local Development, presented a report on the measures taken by the ministry to implement its tasks within the national project for the development of Egyptian villages, which represents the new phase of the Decent Life Initiative.

The minister explained that the status quo has been defined in 51 administrative centers in all sectors, with proposals for integrated development plans for those centers, and it includes 27 centers within the jurisdiction of the Engineering Authority for the Armed Forces, and 24 centers within the jurisdiction of the Ministry of Housing, with the start of field visits to the governorates, and a holding Extensive meetings with governors and local administration bodies to remove any obstacles, pointing out that he made two visits to the governorates of Luxor and Qena, which include 7 of the targeted centers, and the technical support team made similar visits to the rest of the governorates.

Also during the meeting, Major General Ashraf Hosni, representative of the Engineering Authority, explained that the authority was assigned to supervise the development and development of Egyptian villages in 10 governorates, including 27 centers, 712 villages, and 6181 affiliated with them, pointing out that committees have been sent to the governorates planned to raise efficiency and develop Villages there, in order to audit the demands and needs.

Hosni said: “The engineering authority officials assigned to participate in the implementation of this national project communicated directly with the people of the target villages in the governorates in order to find out the actual requirements of the citizens and listen to their views on the development work. An engineering consultancy office was also assigned to study the demands received from the governorates after checking them on the ground. And preparing the design and the necessary measurements, and coordination has been made with a number of governors to conduct field trips in the targeted villages, in preparation for the start of the implementation procedures of the national project for the development of Egyptian villages.

The officials of the "Decent Life" Foundation presented their efforts to enumerate and verify the various needs of the targeted villages, which are carried out through direct dialogues with the people, as well as efforts to check the current situation and the required interventions to improve the quality of life of the people of the targeted villages. In implementation of the mandates of President Abdel Fattah El-Sisi, President of the Republic, to provide a decent life for the people of these villages.