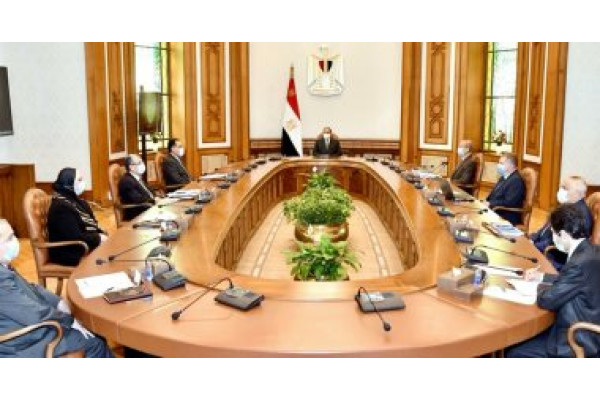 Ambassador Bassam Rady, the official spokesman for the Presidency of the Republic, stated that the meeting dealt with following up on "the national project to manufacture electric cars in Egypt."

Within this framework; The President directed that consideration be given to the principle of providing all the success factors for the project as a fixed approach to all projects and initiatives implemented by the state to ensure the achievement of the planned goals, as well as targeting to reach the largest possible percentage of the local component for industrialization, in addition to completing all project components, especially electric charging stations for cars of various types.

The President also directed that the project include partnership with the private sector with expertise in the automotive industry, especially those that operate with electricity, in order to keep pace with the future technological prospects of that industry worldwide.

The official spokesman explained that the meeting witnessed a review of the various industrial and commercial axes of the project to localize the electric vehicle industry in Egypt, including deepening local manufacturing, attracting foreign investments and choosing the most appropriate models that fit the requirements and needs of the Egyptian market, in light that Egypt is a promising market for the transportation industry in general. In the context of the state’s drive to expand strategic projects with a social, economic and environmental dimension.