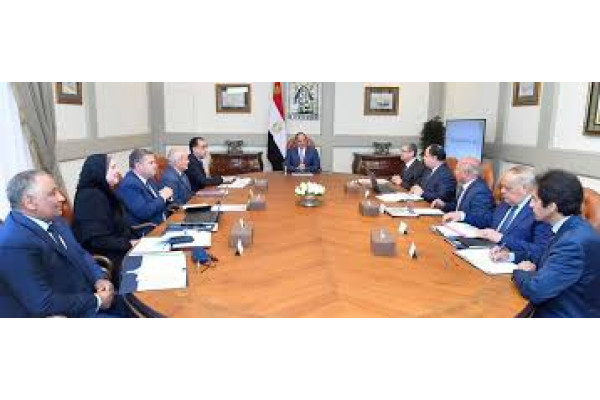 The Spokesman for the Presidency of the Republic stated that the meeting dealt with following up the national strategy for the localization of the transportation industry and its components in Egypt, with a focus on the future of the automotive and electric buses industry.

The President directed to focus on the future prospects of this industry represented in electric vehicles, in cooperation with international companies specialized in this field to benefit from their experiences as well as the latest international technology in this regard, with the aim of establishing a regional center for the electric car industry in Egypt and opening the field of export to the countries of the region Taking into account the economic and environmental return of using electricity instead of conventional fuel.

The meeting reviewed all industrial, financial and commercial aspects of the strategy of localizing the auto industry, as well as various related challenges and efforts to attract foreign investment in this regard, in light of Egypt being a promising market for the transportation industry in general, especially cars and electric buses, as well as gas-powered vehicles Natural, according to the national project to convert cars to work with gas, in the framework of the state’s tendency to expand in strategic projects with a social, economic and environmental dimension that aim to reduce the burden on citizens, through the use of natural gas a Electricity for cars as fuel is available locally, economically and cleanly.