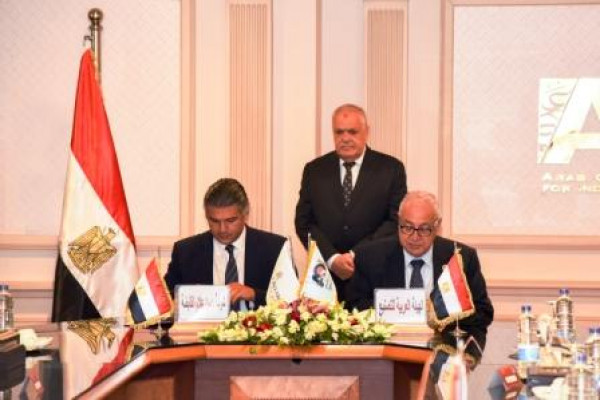 This came during the signing of the cooperation protocol between the Arab Organization for Industrialization and Hassan Allam Holding Company, within the framework of the Arab Industrialization Plan to enhance integration with national institutions.

He added that it was agreed to implement the engineering, construction and infrastructure works for national projects, by making use of the materials and equipment produced by the Arab Organization for Industrialization, factories and its subsidiary companies, in accordance with international quality standards and competitive market prices.

The "Terrace" stated that it was agreed to form a joint committee to study the implementation of future projects in Egypt and African and Arab countries, such as projects for drinking water treatment plants, sewage, solar energy stations and power stations, stressing that this cooperation will provide many job opportunities for young engineers and technicians, training and acquiring skills and experience. Modern according to the fourth industrial revolution.

For his part, Eng. Hassan Allam, CEO of Hassan Allam Holding Company, praised the close and constructive cooperation with the Arab Organization for Industrialization, appreciating the role of Arab Industrialization and its expertise in implementing various industrial and economic development projects, pointing to its technological and human expertise that enables it to achieve all areas of cooperation efficiently. Required and the highest levels of quality and speed of implementation and delivery in the specified times.