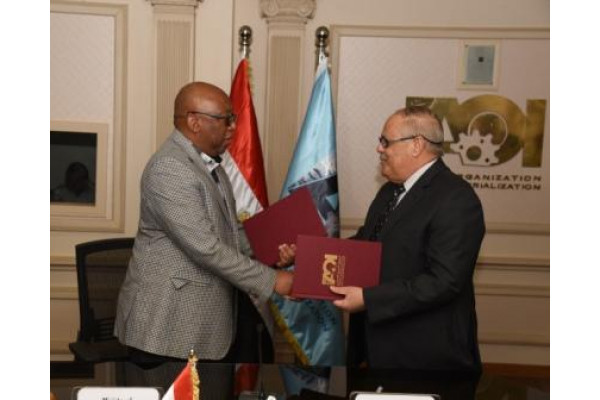 During the signing of a protocol of cooperation with the African Kingdom of Lesotho, General Abdel Moneim Al-Terrace, The Chairman of the Arab Organization for Industrialization working group said that “We look forward to cooperating with our sister African Countries, and under the state strategy in Africa and upon the directives of President Abdel Fatah El Sisi, new horizons of cooperation and integration in Africa were opened and also we are keen to realize the hopes and aspirations of our African peoples.

For his part, Tessel Mascebani, Minister of Communications Science and Technology in Leaotho expressed his appreciation to Egypt.

Mascibani said his country looks forward to supporting and strengthening cooperation with the Arab Organization for Industrialization and inviting it to participate in the development projects in Lesotho, especially in the fields of telecommunications, electronics, renewable energy, LED lamps, drinking water purification plants, sanitation and other areas of development as an important step in the way of constructive cooperation between the countries of the continent.