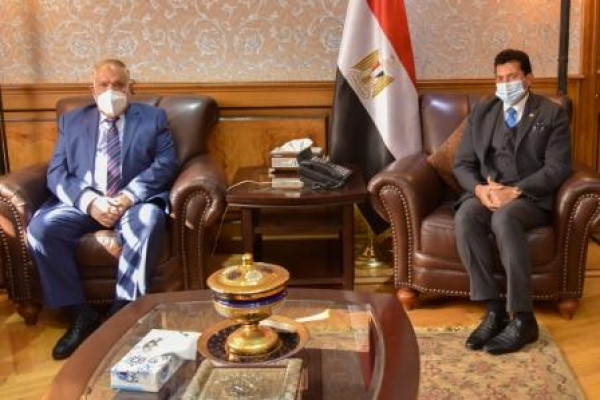 Dr. Ashraf Sobhy, Minister of Youth and Sports, announced that the third phase of the Your Bike Your Health initiative includes 7200 bikes that are offered in sub-stages divided into 900 at the beginning, of which 800 are now available, and 100 are offered after that.

Sobhi pointed out during the press conference held by the ministry to announce the details of the third stage of your bike, your health, to the electric bike from 30 to 50 kg, but it will not be within this stage, as it is scheduled to launch the next period before January 10, which is a battery inside the bike that reduces the degree of stress tolerance Especially for those who suffer pains in the feet.

On the other hand, Lieutenant General Abdel Moneim El-Terras, Chairman of the Arab Organization for Industrialization, thanked Dr. Ashraf Sobhi, Minister of Youth and Sports, for his efforts in developing Egyptian sports, praising the permanent and continuous cooperation between the Authority and the Ministry, and affirming all support and facilities for the initiative of your bike, your health, which has met with great success, After the great turnout of citizens to buy the bicycles that the Arab Organization for Industrialization contributed to their production, and they were offered at prices below the normal market prices.

He said that it was agreed with a soft water company to obtain a large amount of bicycles and distribute them to young people to use in the beverage delivery service to provide job opportunities for young people, in addition to an agreement with the Ministry's Marketing Department to distribute 500 bicycles to a group of young people and turn them into a small project to deliver food at any A place and thus convert the initiative into more than one project in various fields

The Ministry of Youth and Sports announced the opening of the registration door to reserve the third-stage bicycles on January 5, provided that the delivery will take place through the directorates of youth and sports in each governorate with the provision of express delivery service, and obtaining it will take precedence over registration and payment in the Fawry company "electronic payment"