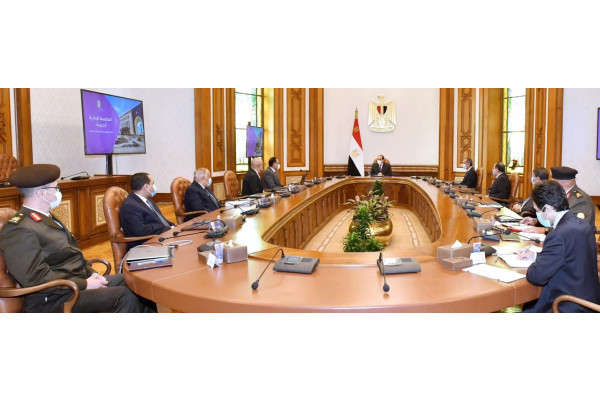 Ambassador Bassam Radi, spokesman for the Presidency of the Republic, said that the meeting dealt with reviewing "the axes of the operational plan for the transfer of government agencies to the new administrative capital."

President El-Sisi directed to intensify the efforts of training programs for government employees and cadres on modern scientific methods in administration, in the context of preparing for the government’s transition to the new administrative capital, with the aim of improving the system and approach of government work in order to develop public services for citizens, in a manner that achieves mutual benefit for the citizen and the state by providing Advanced government platforms to conduct government transactions within the framework of the comprehensive digital transformation of the country.

The Spokesman stated that the meeting witnessed a review of the preliminary preparation efforts for the transfer of government agencies to the Administrative Capital, including the technological equipment and closed communication networks for the government quarter buildings, the establishment of a main communication center, a unified data center for the state and a model electronic archive, in addition to developing human capabilities through development programs packages Humanitarian training, capacity building and skills development on general functional fundamentals, operation of new information systems, digital content management, electronic archiving of documents, as well as aptitude and performance tests.

The executive position of digital infrastructure, cybersecurity and information services in its various axes, stages and organizational structures in the New Administrative Capital was presented, whether at the security or service level, utility management, or smart government.