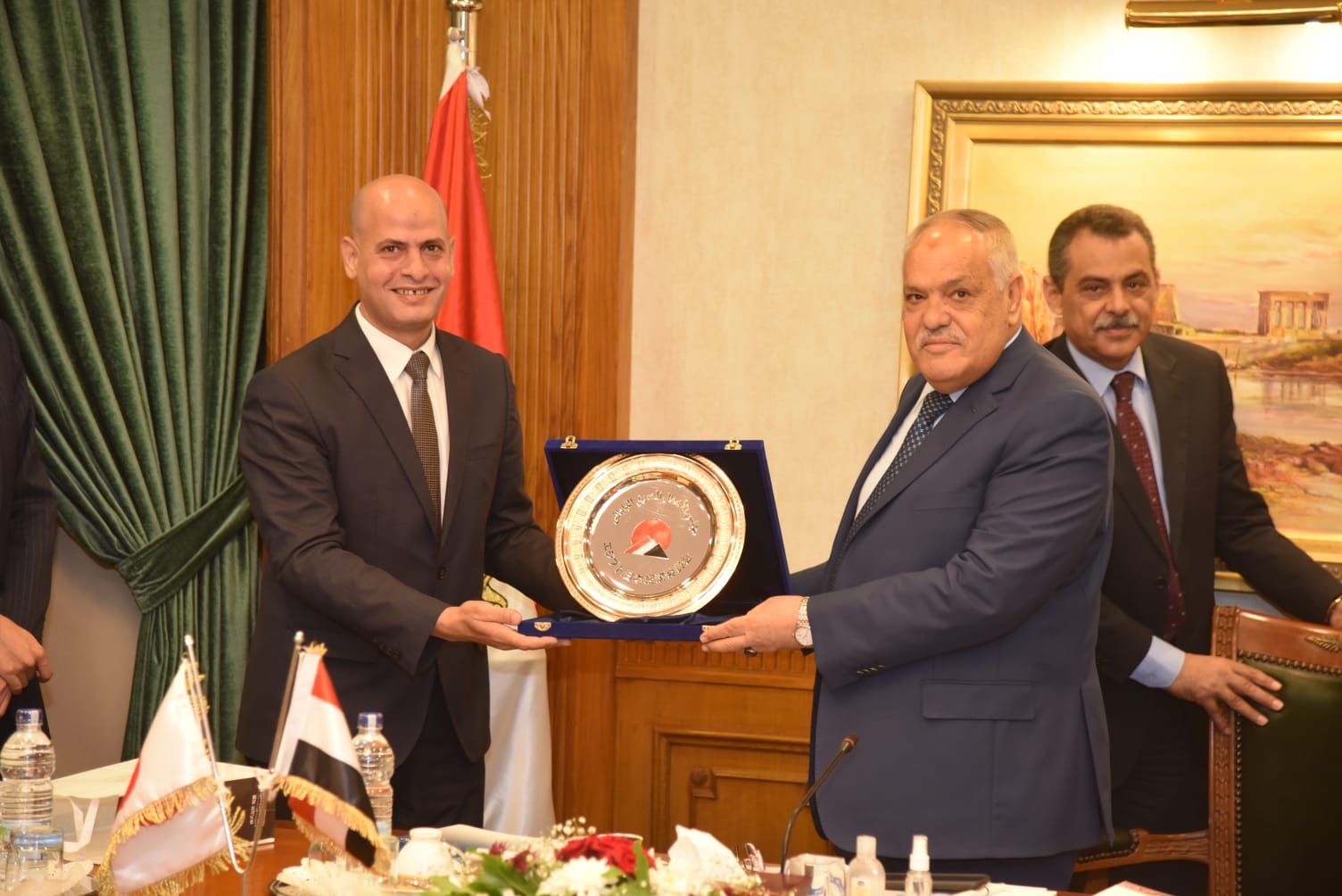 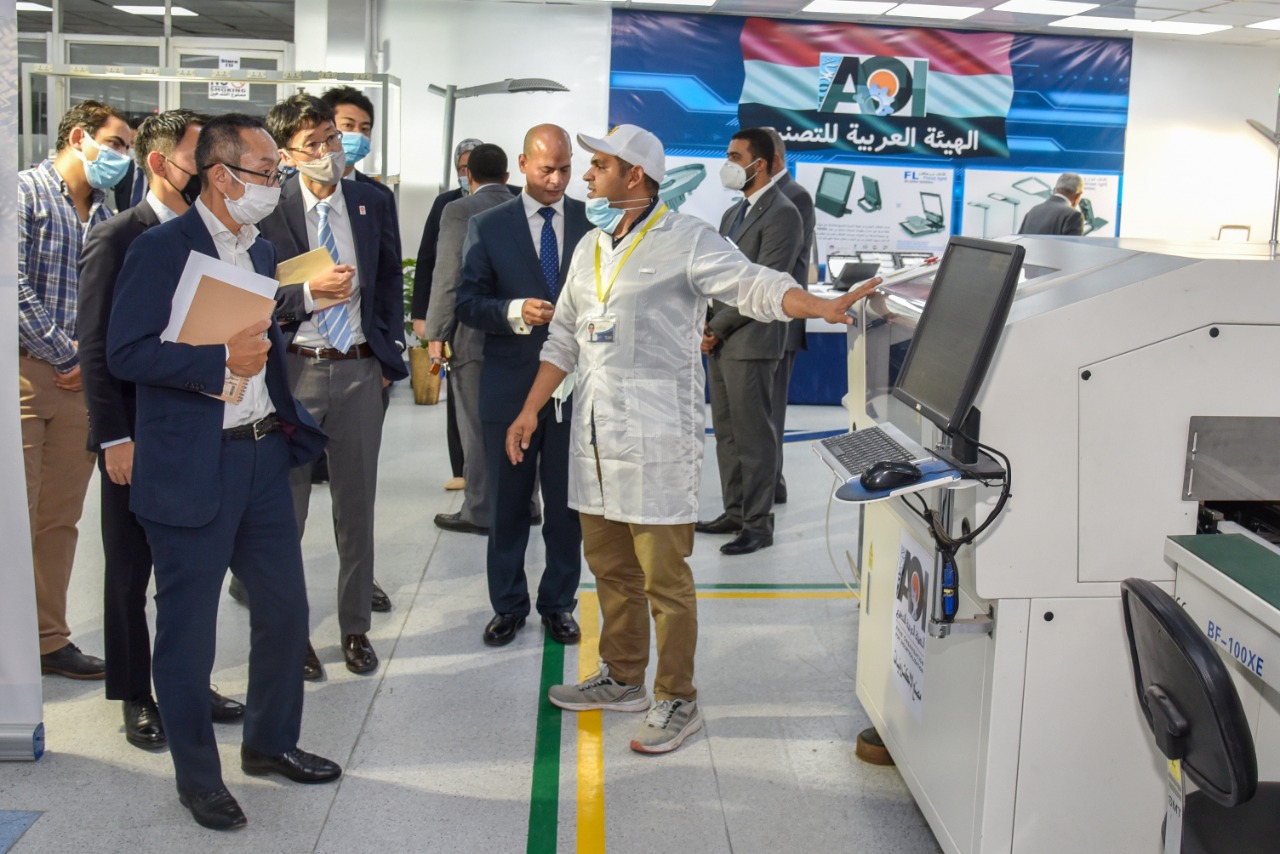 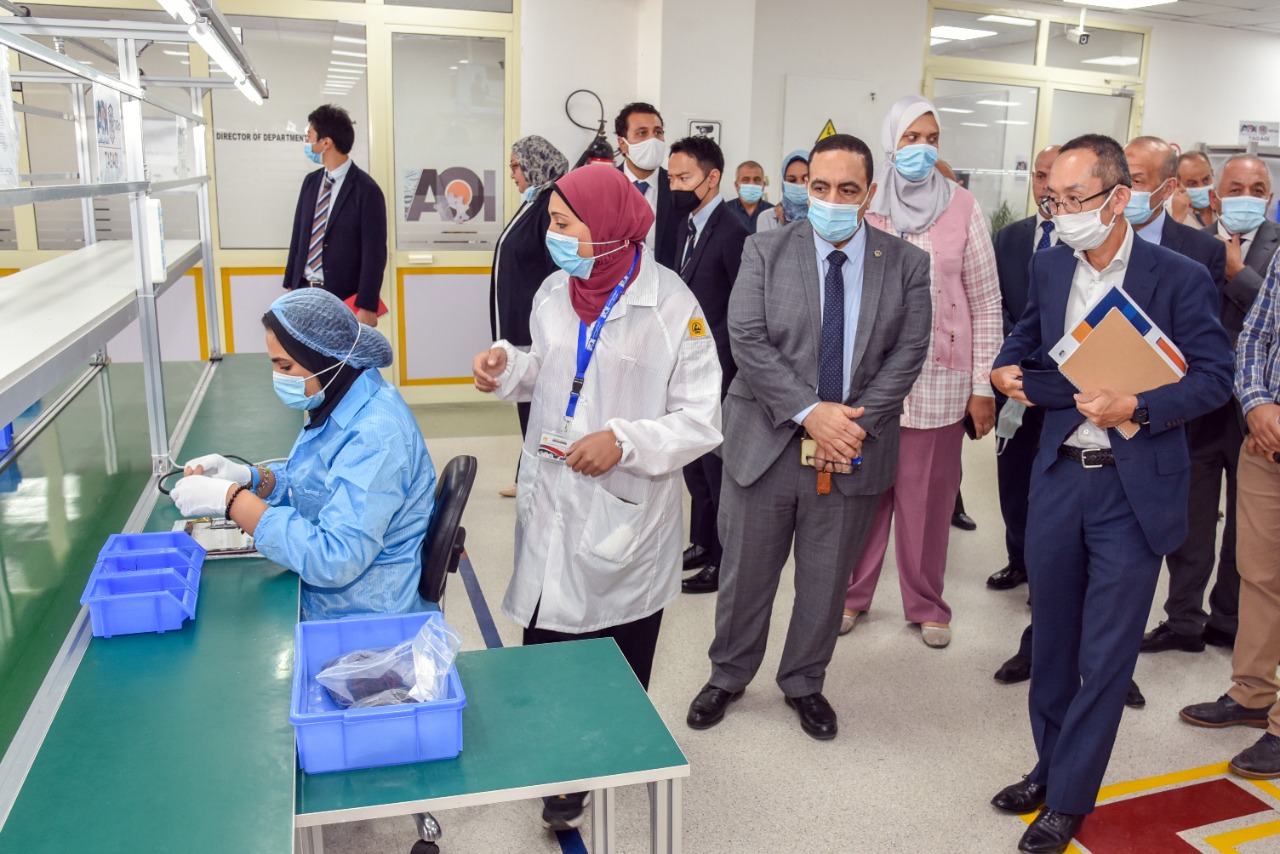 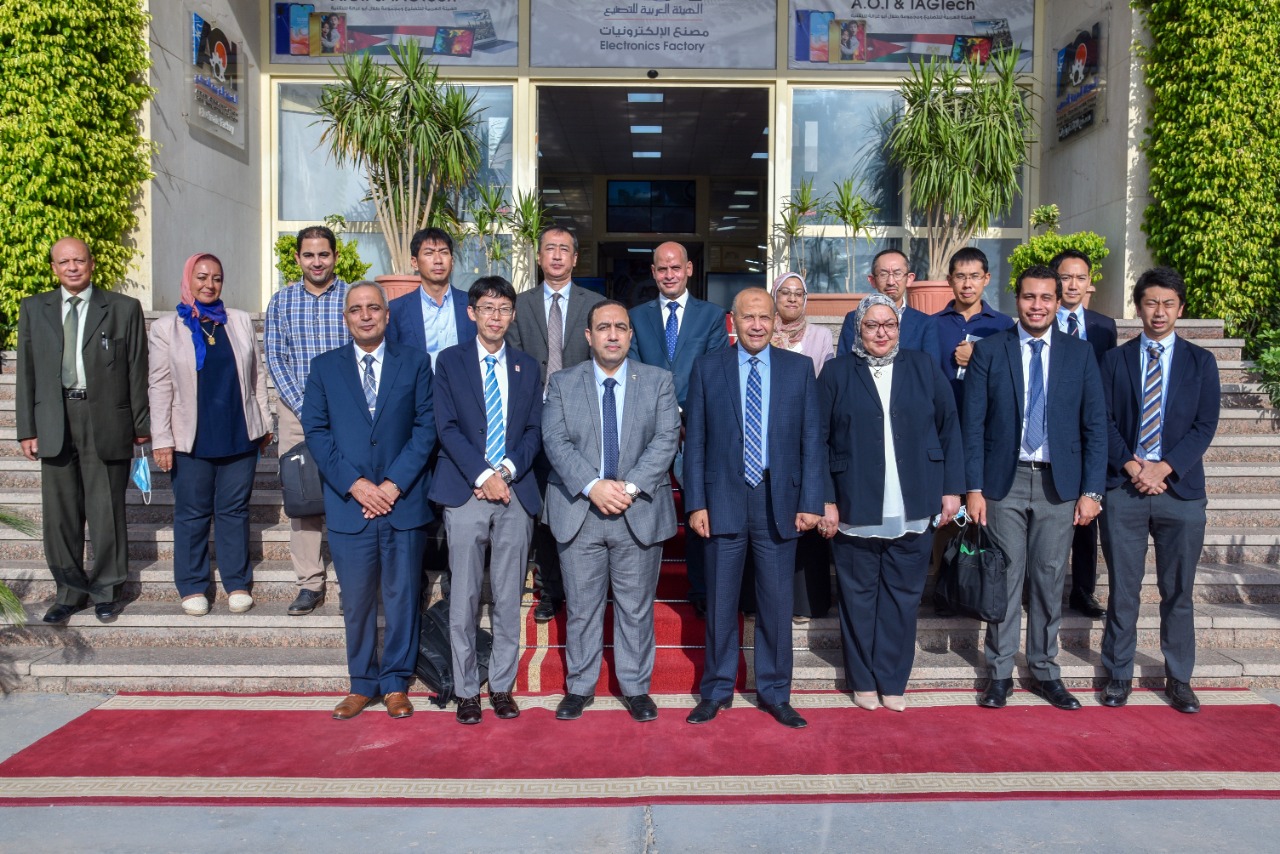 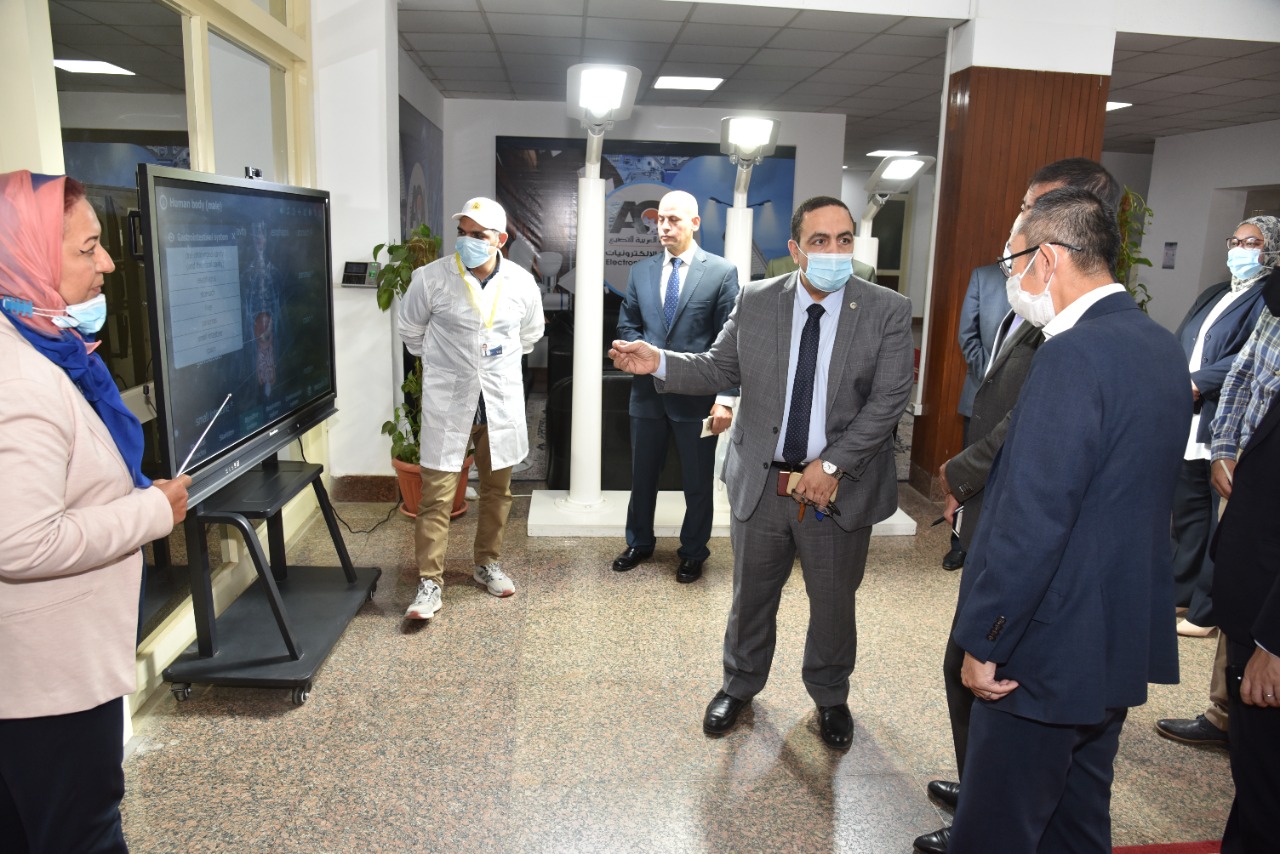 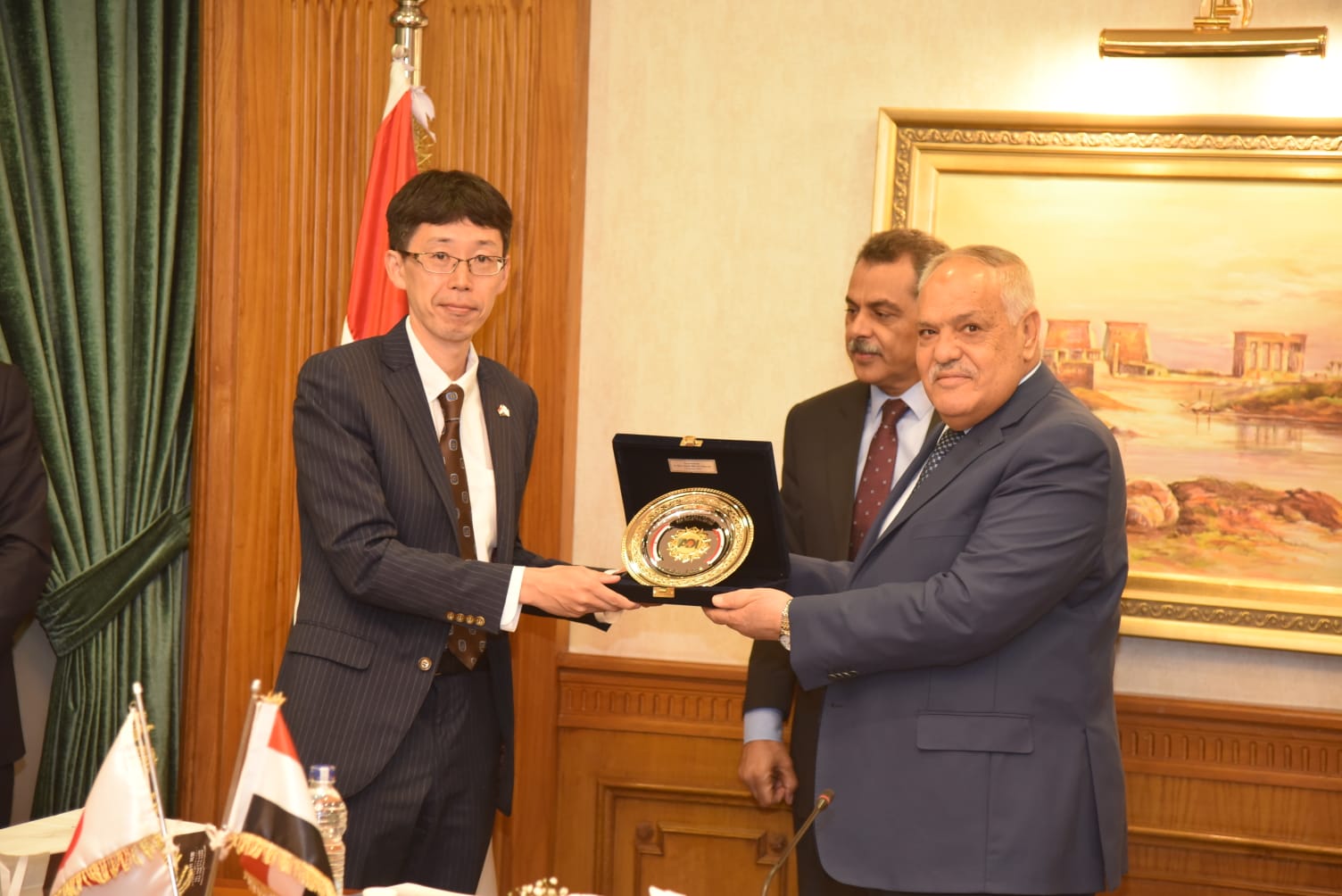 The Egyptian-Japanese Business Council organized a visit for a delegation of major Japanese institutions and companies operating in Egypt to the electronics factory of the Arab Organization for Industrialization.

This visit is a continuation of what was previously agreed upon during important joint discussions, with the participation of Lieutenant-General "Abdul Moneim Al-Terras", Chairman of the Arab Organization for Industrialization, and members of the Japanese delegation, which dealt with the presentation of the Arab vision for industrialization regarding the deepening of local manufacturing, transfer and settlement of technology and training of human cadres through cooperation with Major Japanese companies, and identifying mechanisms for enhancing cooperation in many different fields of industry, including electronic industries, digital transformation, software, communications, information technology, renewable energy, cars, environmentally friendly transportation, and multiple manufacturing fields.

In this regard, the "Terrace" clarified that the Arab Organization for Industrialization is looking forward to a partnership with major Japanese companies, with which we have had distinguished cooperation since the establishment of the Authority, stressing the importance of strengthening cooperation in the industrial field in order to benefit from the advanced Japanese technology and industrial capabilities available in the Authority to maximize rates The local component and increasing the added value in the local industry, in addition to discussing the possibility of Japanese companies participating in the national projects implemented by the state.

A model of innovations and inventions was presented to young graduates, as a small device that can convert any smooth surface into a smart screen was shown. The Japanese side expressed its great admiration for such innovative Egyptian inventions.

It is scheduled to complete the visit of the Japanese delegation to a number of Arab units for industrialization in the near future, including the Arab American Automobile Company and the Arab Renewable Energy Company, with the aim of opening new areas of cooperation and partnership.

For their part, Mr. Toyokazu Fukuyama, Head of the Egypt Office, Japan External Trade Organization (JETRO), stressed that the Egyptian market is attractive to Japanese investments and is of strategic importance to the Arab and African region, pointing to the keenness of major Japanese companies and their aspiration to participate with Egyptian industrial institutions to implement major national projects in accordance with to international quality standards.

In turn, Eng. Ibrahim El-Araby, Chairman of the Egyptian-Japanese Business Council, praised the pivotal role played by the Arab Organization for Industrialization in introducing and developing the latest production technologies in accordance with international quality standards, noting that Japanese companies are enthusiastic about establishing more partnerships and cooperation with “Arab Industrialization” to transfer and localize modern technology and train cadres. people in various industries.