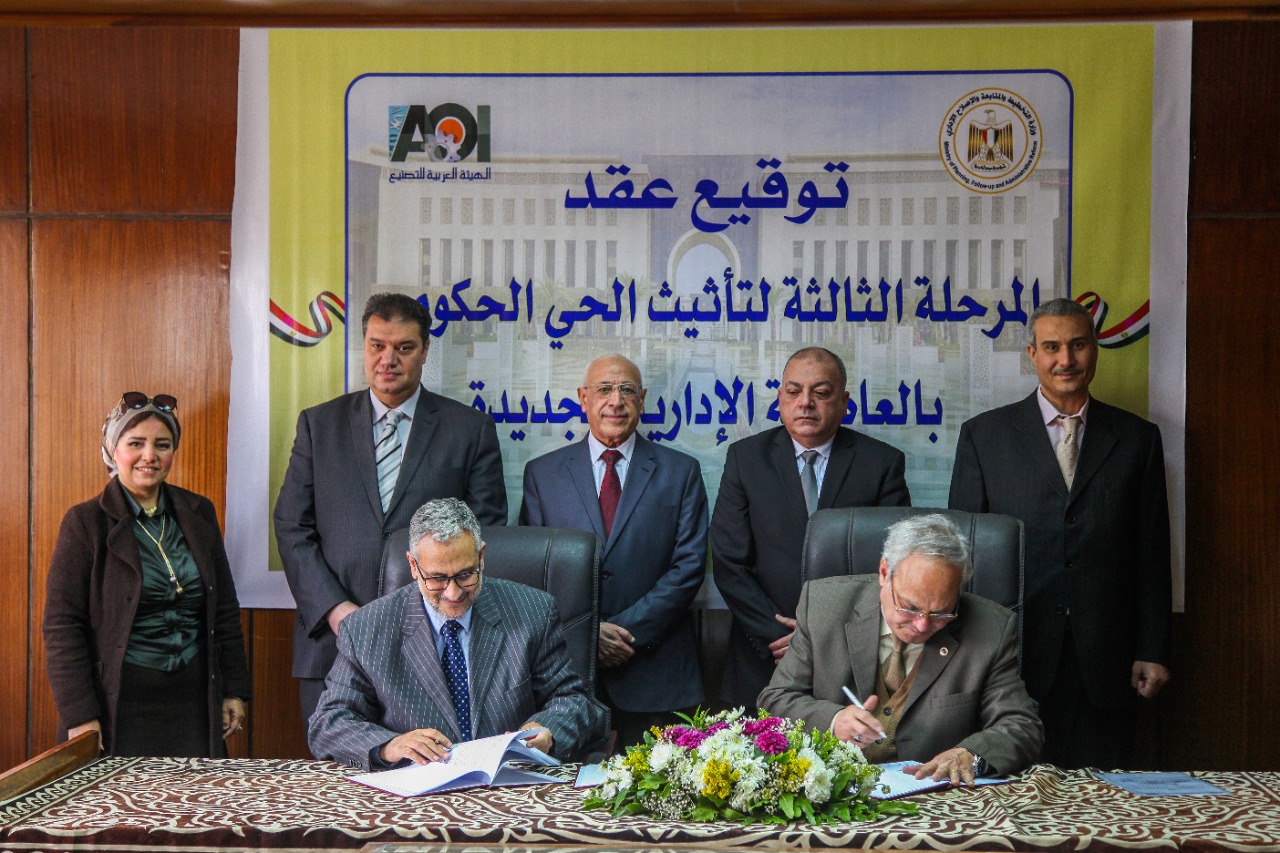 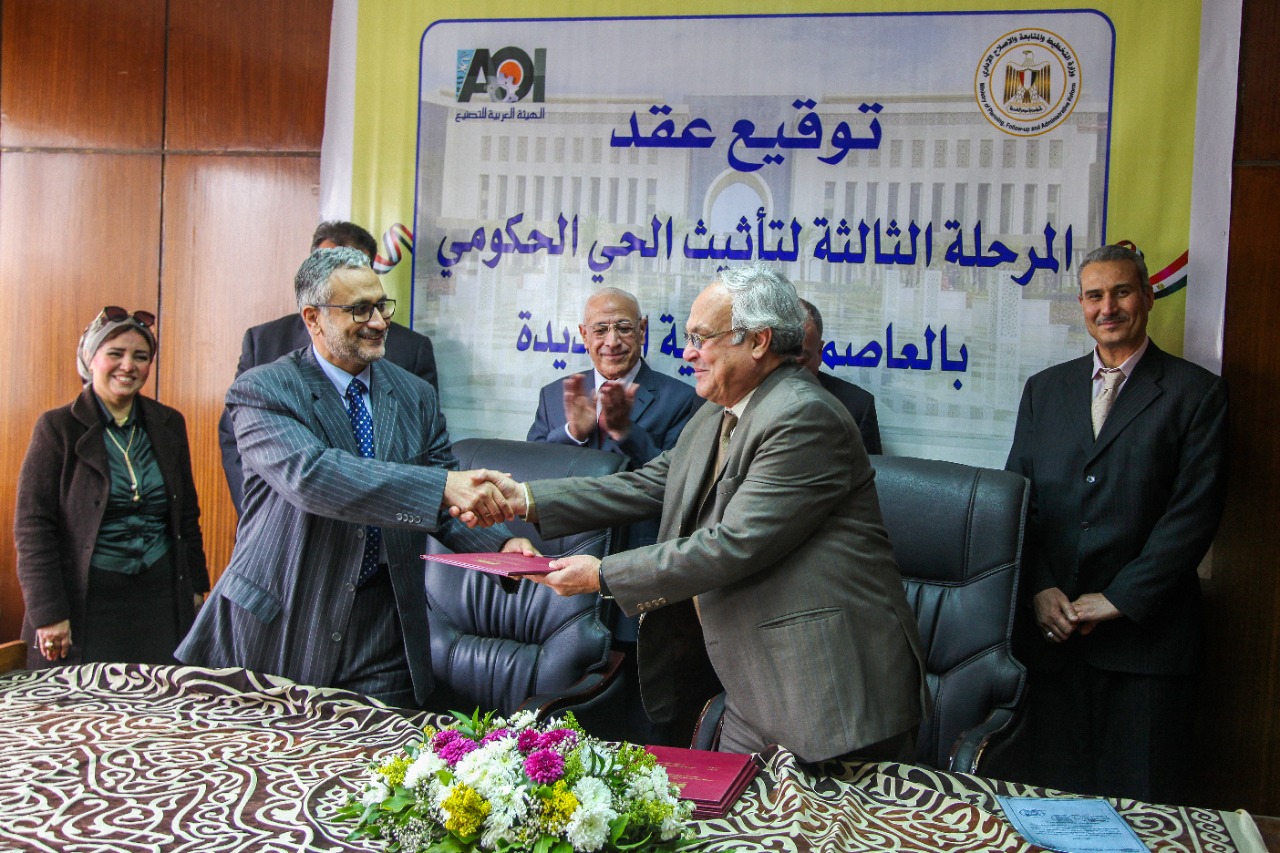 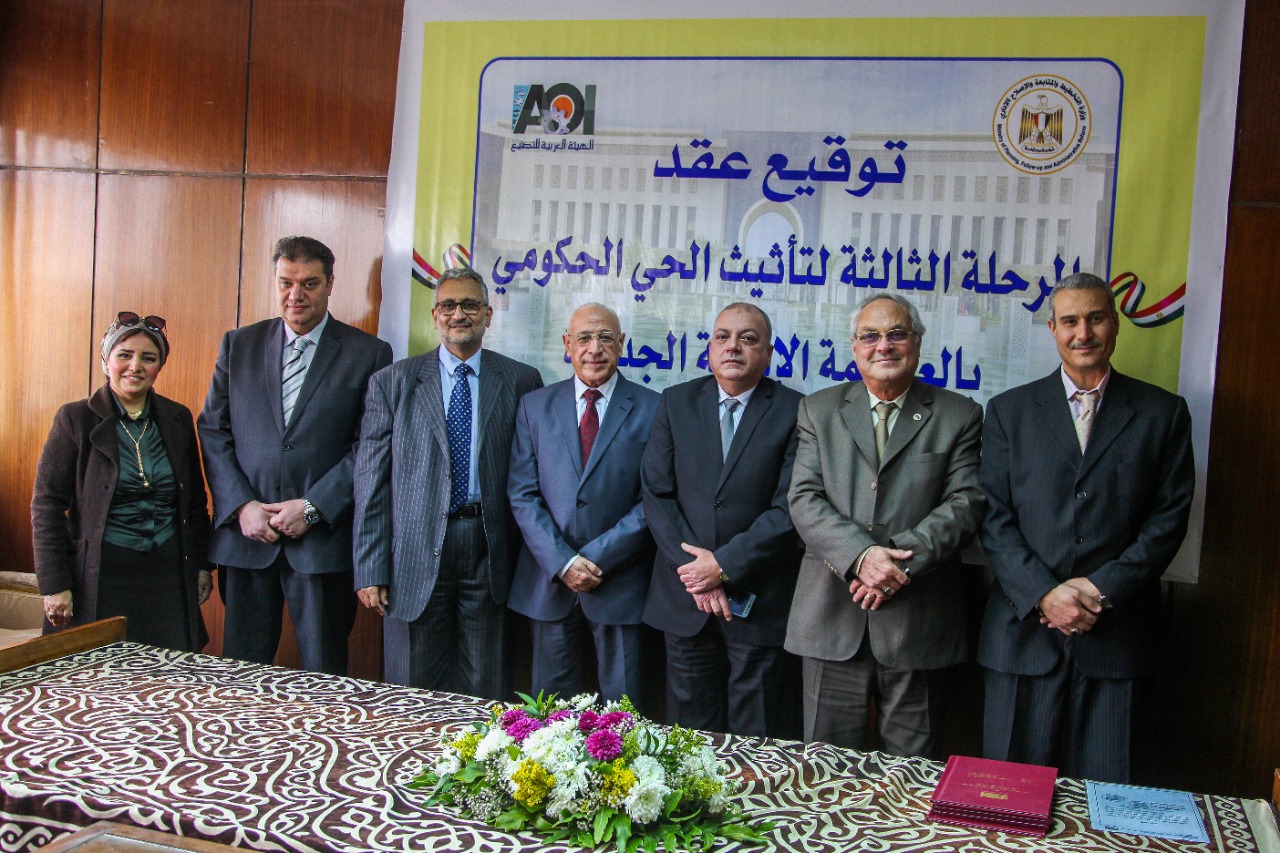 In implementation of the Prime Minister’s assignments to the Arab Organization for Industrialization to complete the furnishing and furnishing of the buildings of the government district in the New Administrative Capital, the Ministry of Planning signed a contract for the third phase to furnish the governmental district in the New Administrative Capital, which was witnessed by Major General Mohamed Saad, Chairman of the Government Quarter Furnishing Committee and Advisor to the Chairman of the Board of Directors The Arab Organization for Industrialization, Major General Osama Madi, Secretary General of the Ministry of Planning and Economic Development,which  was signed by everyone Mr. Imad Al-Laithi, Head of the Arab Economic Sector for Industrialization, and Dr. Khaled Muhammad, Permanent Representative of the Ministry of Planning.